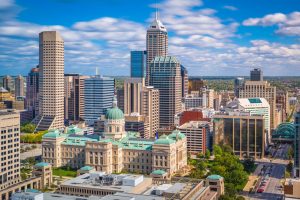 Like with most cities during 2020, much of the Indianapolis News stories during the year were quite depressing and not what we want to remember. In this roundup of the year’s news, we have managed to find some happier stories from Indianapolis. 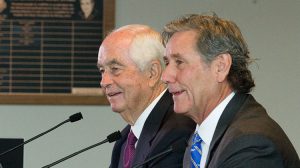 The purchase of Indianapolis Motor Speedway, together with all its subsidiaries was announced the first week in January, with Roger Penske taking ownership of this iconic sports venue. Penske was invited to take ownership by the Hulman family. Penske has a formidable record at the track, having won 18 Indianapolis 500s. It is hoped that Penske will revitalize this business.

More Power for Renters Thanks to Mayor Hogsett

Newly sworn-in Mayor Hogsett on his second term made an impact early in 2020 with a new proposal that would punish Indianapolis landlords who evict renters who appeal for help from attorneys or officials. This proposal fixes the situation where renters have little in the way of rights when bad landlords retaliate against renters.

Just one month after taking ownership Roger Penske announced new plans to make dramatic changes to improve the user experience of fans. The project, four years after a massive facelift, is intended to concentrate on improvements to the race day experience. Penske refused to disclose the cost of the improvements.

In response to the quadruple murder that took place recently, Mayor Hogsett took action to keep violent offenders and those who carry guns illegally off the streets in Indianapolis. The mayor described the new measures as game changes in the battle against violence. The measures will include

The mayor warned offenders that if they have an illegal gun that they will be found, arrested, and prosecuted to ensure they end up in federal prison for a long time. 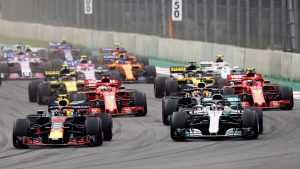 Things are still looking up at the Speedway, despite COVID-19 setbacks. Penske has announced that he is going to try and convince Formula 1 to return to Indianapolis. He also wants to return NASCAR and IMSA to the tracks road course and allow under 15s to enter free. Experts suggest that if the plan succeeds, the soonest date for the return of Formula 1 would be the 2021 season.

It’s always good to see the wealthy putting something back into the community and Jim Irsay from the Colts have done just that. Following his challenge to fans to raise $200,000 for Gleaners, Team owner Jim Irsay honors his promise to donate an extra $1 million himself.

As a response to residents in need due to the COVID-19 Pandemic, Gleaners is working hard to feed children off school, and families who are out of work. 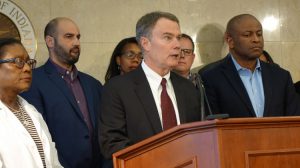 Mayor Joe Hogsett announced a $2.6 million fund to help low-income students and their public schools in Marion County switch to online learning due to the pandemic. Money from the fund will provide computers and Internet access for students and set up a statewide e-learning laboratory so teachers can be taught the best E-learning practices. Laptops and Internet access were at the top of the want list from schools.

The Indiana National Guard conducted flyovers in Fort Wayne and Indianapolis to salute the essential workers in the pandemic. Four aircraft from the 122cnd Fighter Wing will fly over most of the hospitals in the designated areas. The flyovers were visible anywhere within three hours of the flightpath. 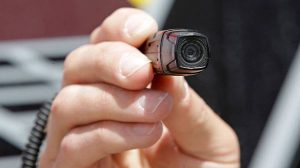 Indianapolis Police are provided with body cameras after shootings. The department has already been taking part in a body cam pilot program and now the mayor says an effort will be made to buy body cameras for every policeman/ The provision of cameras was just one aspect of the reform of the police in Indianapolis. Other changes have been introducing implicit bias training. 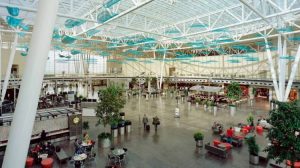 Indianapolis International Airport forecast that it could take up to three years before flights are at the same level as before the pandemic. The activity has been reduced to as little as 5% of the pre-pandemic levels. Recently it has only operated flights to just 14 of the typical 53 destinations it used to offer. Overall, passenger traffic is down by 49% year on year.

Plans for a large warehouse project in suburban Indianapolis Announced, with a nearly 1 million square foot warehouse to be constructed. The Whiteland Town Council approved the $55 million scheme which was formerly part of the Whiteland orchard. The land has been vacant for many years.

Amanda Vincent, the first Biologist to study sea Horses in their natural environment has been awarded the Indianapolis Prize. Her win recognizes her work in trying to protect the 47 species of Sea Horses that currently exist. It also recognizes her role as co-founder and director of Project Seahorse. The award worth $250,000 is presented by the Indianapolis Zoological Society. The prize is awarded every other year.

Mayor Hogsett announced that the memorial to Confederate prisoners that died at a Union prisoner of war camp is to be removed from a city park. The monument was originally located in Greenlawn Cemetary but was moved to the park a century ago. The monument is to be dismantled but no organization has stepped forward to claim it. The mayor stated that the monument served to highlight the city’s embrace of the Kly Klux Klan a century ago. 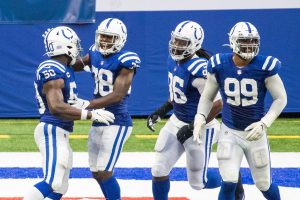 Indianapolis Colts announced steps to fight systemic racism and other discrimination, to ensure equity, diversity, and inclusion are considered by the team activities. The team will take its work into the community to counter these issues. They are difficult topics to discuss but as a corporate citizen, the Colts have to promote these ideals.

Indiana doctors and medical professionals have added their support to the Black Lives Matter movement. About 1,000 protesters gathered outside the Eskenazi hospital wearing their white coats. They were there to protest about systemic racism, which they described as a public health crisis. Azu, an Indianapolis physician said that inequalities occur when the black communities do not have access to healthy foods and do not have access to safe sidewalks to walk. 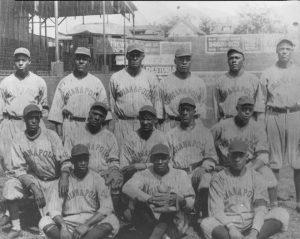 Indianapolis Indians have launched an inquiry into whether their name is an “Appropriate” team name. The team has been known as the Indians since they were formed in 1902. It was also reported that Native Americans from Indianapolis will host two discussions about the team name, which they consider offensive. 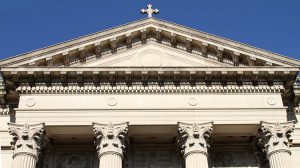 An insurance company sued the Indianapolis archdiocese after it failed to disclose that a Catholic Priest had faced accusations of child sexual abuse. Rev. David J. Marcotte had faced accusations of sexual abuse months before the insurance application was filed. As part of the application, the Archdiocese had been asked if they were aware of any fact, that may suggest any claims were likely to be made. The archdiocese answered that it did not.

New Golf Venue to be Built in Downtown Indianapolis

A brand new Golf venue is to be built in “A riverside location” in the center of Indianapolis. The venue will be along the lines of the famous Top Golf venues. FlyingTeeis opening in March 2022. The venue budget is $28. The venue will include tee boxes on multiple levels, point-scoring games, a big-screen TV system, and a chef-driven selection of food, top drinks, and a pro-shop.

Indianapolis Zoo, staged one of the slowest races this year as it held the Zoopolis 500 event. Zoopolis 500 features tortoises racing against each other. Families learned all about the endangered animals as they cheered their favorite tortoise to success. Winning Tortoises got to feast themselves on a plate of fruit. The Zoopolis 500 has been a featured event at Indianapolis zoo for the last 40 years 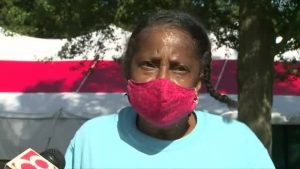 Indianapolis, home of the Indianapolis 500 hosted another race, a Soap Box derby. The race was extra special because one of the drivers smashed records by becoming the oldest competitor ever. 59-Year-Old grandmother Debra Houston competed in the National Derby Rallies’ national championships in Indianapolis after being invited by a youth worker. Debra is well used to facing challenges and is currently undergoing chemo appointments, she had two appointments the week of her big race. 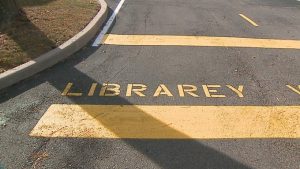 Street Markings outside Indianapolis Library were Misspelled as “Librarey.” Perhaps the most awkward place to make a spelling gaffe in writing street markings must be right outside the Library, but workmen managed to misspell the word when preparing signage that directed people to an area reserved for library vehicles.

Tourism results in $30 visitors who generate some $5.6 billion of income for the city annually.

Downtown Indianapolis Businesses Board up

Indianapolis has joined the growing list of cities that boarded up the downtown area, in preparation for the Presidential Elections. People are worried that the intense passion that has been generated by the election might become violent and businesses have chosen to protect themselves in this way. It has been a tough year and many people are stressed for a variety of reasons and the election might just be the spark that sets off the violence.

New Year’s Eve, typically the second busiest night of the year for bars was not the usual night of celebration for many people. Only St.Patricks Day sees bigger crowds in the city bars. But this year, the COVID-19 Pandemic has finished the year in the same way that it has hit the hospitality trade all year.

Even though they are disappointed, most people understand that the restrictions are the right thing to do. Not only in Indianapolis, but across the country, many people are hoping that 2021 is a better year than 2020 has been.

Well, that is our rundown of the Indianapolis News in Indianapolis for 2020, We have tried to steer clear of the pandemic and elections as much as possible, the year has been depressing enough without reminding ourselves of these disturbing news items.