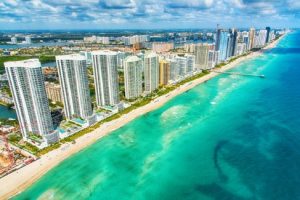 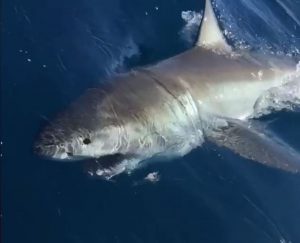 A group of fishermen just off the coast of Fort Lauderdale were totally surprised when a Great White Shark took their bait on New Years Day. Ten fishermen on the charter boat had not caught a thing for over three hours when suddenly a 13ft Great White Shark grabbed their bait and started an 80-minute battle to land it. The estimated weight was over 1,000 lbs. 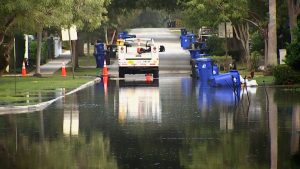 Following six sewerage spills from rapidly decaying pipes, more than 126 million gallons of raw sewerage has been released into canals and rivers. Global warming makes decaying sewers worse in coastal communities, as the rising sea levels are pushing corrosive saltwater into the pipes and occasionally pushing groundwater up above ground. Commissioners have agreed to invest more than $65 million in trying to solve the problem. 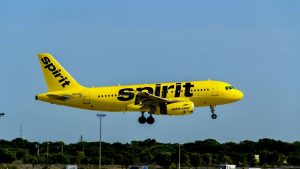 In a bid to brand itself as “Florida’s Hometown Airline,” Spirit Airlines are adding more flights to the existing Fort Lauderdale airport and introducing a new route to Oakland. Spirit is the only one of the major airlines based in Florida. 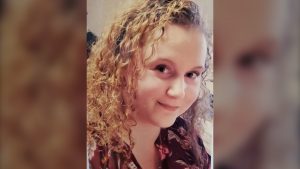 The 26-year-old Canadian caught Dengue fever in Jamaica and was flown to Fort Lauderdale for treatment. She had been attending a friend’s wedding in Jamaica when she fell sick. Dengue Fever is a Mosquito born disease that is common in some parts of the world. 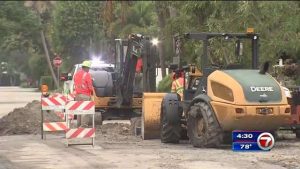 Following a series of massive sewerage leaks, Fort Lauderdale faces a $1.8 million penalty after sewage discharges that allowed toxic sewerage to discharge into the city’s waterways. The State of Florida has responded by slapping the city with a massive fine for allowing this environmental catastrophe to occur. 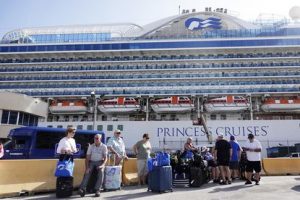 The cruise industry is in chaos following the announcement by the State department that people should not book cruises during the Corona Virus scare. Some of the biggest effects will be in Florida, where ports like Fort Lauderdale receive huge financial benefits from the cruising industry. Over 422,000 are employed in the USA in this industry, and more than 33% are from Florida. With no end in sight, there is a concern for the future of some cruise companies. 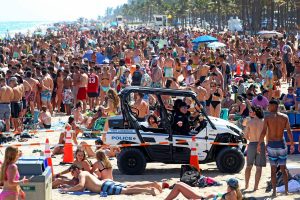 Usually, Fort Lauderdale is a major destination for Spring Break. In 2018 Miami was in top place as No1 destination for Spring Break, for Lauderdale won Booziest’s title. However, in recent years there has been opposition to the wild parties, and it is said that they are driving trade away from the beaches. This month the Mayors of Miami Beach and Fort Lauderdale issued a joint ruling to protect the population from Corona Virus that forces bars to close at 10 pm and restrict themselves to half capacity, with a top limit of 250 revelers. They both also shut down the most popular parts of the cities’ beaches. 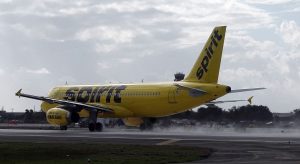 Spirit Airlines to Receive $330 Million Aid From the Federal Government

Spirit Airlines started the year, so optimistically is close to receiving $330 million state aid to help stop the collapse as part of the government aid following the Corona Virus Pandemic. The airline\s closure would have a massive effect on South Florida and hit many jobs in Fort Lauderdale. The airline industry has seen a 97% drop since government restrictions to fight the virus. 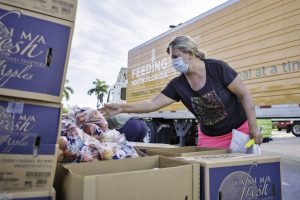 Thursday, Fort Lauderdale News saw food distribution continuing across South Florida to alleviate the hardship caused by the Pandemic. Many people have been out of work now and have no paychecks coming in. Many people waited for hours to collect the food offered, some people waiting since 4 am. The food is being supplied by an organization called “Feeding South Florida.” 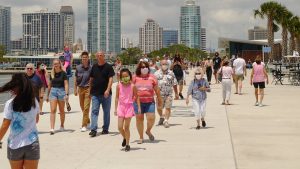 Fort Lauderdale One of the Worst Hit Cities by Corona Virus

A massive 22 million jobs have been lost in the USA due to the Pandemic so far. 20 cities have been identified as being the worst hit, and Fort Lauderdale comes in at number 20. The job losses in fort Lauderdale are mostly tourist industry related. There are worries that even after the Pandemic recedes, that recovery will take a long time. 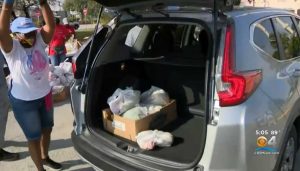 Long lines continue to be seen at Food distribution points around Fort Lauderdale. People are beginning to line up before 5 am. There are people with all types of vehicles coming to get the food. People from all types of trade and professions have been thrown out of work, and there is a need from all sectors of society. 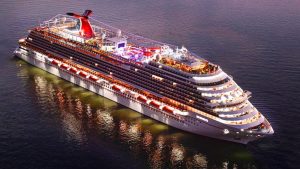 Some good Fort Lauderdale News at last. After halting operations because of the Pandemic, Carnival has now announced that limited cruises will recommence from Miami and Galveston. Although no date has been announced for any Fort Lauderdale cruises, it is seen as a sign of hope that trade may soon begin once more.

The Fort Lauderdale International Boat Show’s economic impact has been remarkable and has had more impact than the Superbowl. The 2019 show showed an increase of $857 million over the 2015 show. 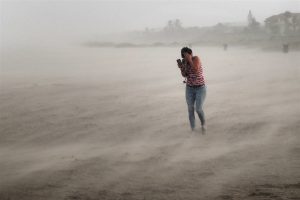 Forecasts of a Busy Hurricane Season Ahead

Forecasters at Fort Lauderdale have announced in Fort Lauderdale News that the 2020 hurricane season may be notable. They are expecting between 13 to 19 named storms to arrive. With the Pandemic in full force, authorities still suggest that people in evacuation zones should make arrangements to stay with friends and family rather than make their way to official shelters, which may not be the healthiest place to be during the Pandemic. At least three of the predicted storms are expected to be major hurricanes. 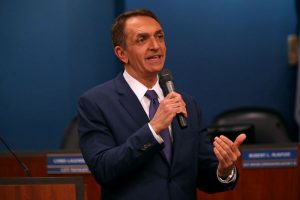 Fort Lauderdale announced the State of Emergency and introduced a curfew following civil unrest in the city. The curfew goes into effect on 31st May and prohibits all pedestrian and vehicle traffic within the city boundaries. Only emergency workers and a few other exceptions are exempt. 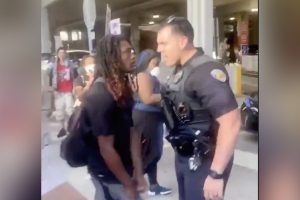 The Fort Lauderdale Police Officer who was suspended for shoving a protester has a history of using force/ Steven Pohorence has drawn his firearm at least once a month since he was hired, but he has never fired it. Pohorence was captured on film, shoving a female protester who was sitting down. 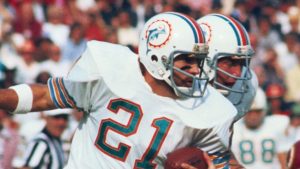 Jim Kiick, a former member of the famed 1972 undefeated team, died in Fort Lauderdale at 73. He is remembered as being part of the “best backfields in NFL History.” He made the American All-Star Team in just two seasons. 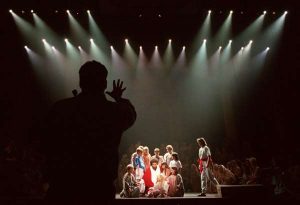 Every December for 30 years, the Fort Lauderdale Christmas Pageant has been held. Like many events, it will not be held in December 2020, but the First Baptist Church has decided that it will not return in 2021 or ever.

Fort Lauderdale Police captured, arrested, and placed a leash around the kangaroo’s neck before placing it in the back of a cruiser. Police have no idea where the Kangaroo came from, but it seems healthy enough and is handed over to the Florida Fish and Wildlife Commission in whose custody it remains. 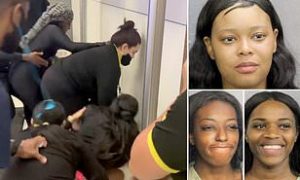 Three Women were Arrested after Fight with Spirit Airlines Staff

Three women passengers on the Fort Lauderdale and Philadelphia flight. The Philadelphia residents were filmed throwing items, including phones and plates, at the airline staff. They also punched and kicked the staff several times, causing them minor injuries. 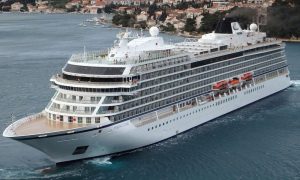 Viking Announces They are Back with 2021-2022 World Cruise

The World Cruise from Fort Lauderdale operated by Viking is back, and Viking has announced 2021-2022 World Cruise details. The cruise takes 136 days and has overnight stayed in 11 cities around the world. The cruise hosts 80 guests. This is seen as a hopeful sign by the Cruise industry based in For Lauderdale. 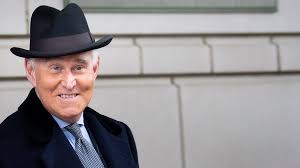 Roger Stone, a long-time friend and associate of President Trump has had his sentence commuted for crimes related to Trump’s alleged Russian connection. The issue is extremely divisive, with Trump supporters saying there never was a connection but opponents insisting. The President’s intervention closes the case against Roger Stone. The case was being tried at Fort Lauderdale Courthouse.

Two women, a nineteen-year-old and her 21-year-old friend were both in jail after being arrested for trafficking two fifteen-year-olds. Both of the fifteen-year-olds had been reported by family members as missing. They were caught after a sting operation at a Fort Lauderdale hotel. When questioned, the first 15-year-old claimed that a man had forced her into prostitution but later admitted that it was one of the two women. 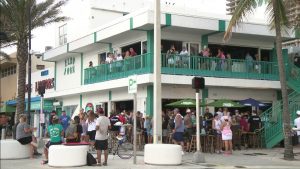 After months of withdrawal from their favorite bars, Fort Lauderdale bars were packed following the announcement from governor Ron DeSantis who lifted all restrictions on bars and restaurants in Florida. It was an unexpected announcement that was aimed at relaunching the State’s economy. The announcement also ended all fines related to COVID-19 and stopped local authorities from capping bar capacity at less than 50% of normal. 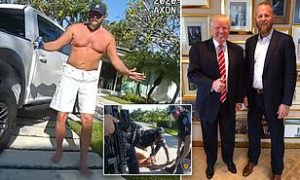 Brad Parscale, a Fort Lauderdale resident, is being investigated to steal between $25 million and $40 million from trump’s election funds. He is also accused of taking another $10 from the Republican National Committee. Parscale has been committed to a hospital after an occurrence at his home. His wife had fled the family home, dressed in just a bikini, saying that her husband had just tried to kill himself. 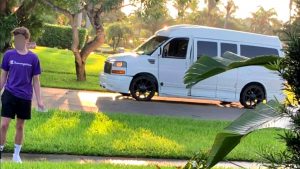 A thief in a white van is going around and stealing Vote Biden signs from people’s front yards. When the thief was caught in the act, he admitted it was him and begged that they tell nobody. He also offered $20 to each house owner if they didn’t tell anyone. They declined to accept the bribe and told the authorities. 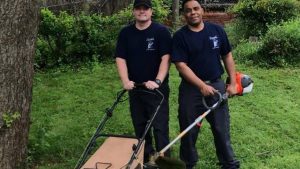 In Fort Lauderdale, firefighters and paramedics assisted an 80-year-old veteran, who retired from Premium Appliances Fort Lauderdale store to mow his lawn after they had been called to his house and treated him for heat exhaustion on October 12th. This is the kind of attitude that is inspirational and shows how many good people there are around. 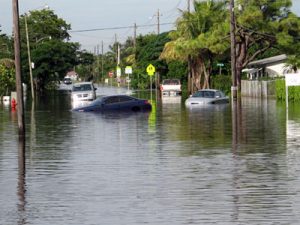 We reported back in January how the ancient sewerage services of Fort Lauderdale has caused untold damage through the release of vast amounts of sewerage into the waterways and flooded some street. In November, we are still reporting that some streets in Melrose Park, Fort Lauderdale, still have flooded streets following Tropical Storm Eta.

The South Florida science museum plans a limited reopening at weekends in December and a full opening in January. The popular attraction. The museum’s second time has reopened since the Pandemic began, and the museum insists they will follow CDC guidelines.