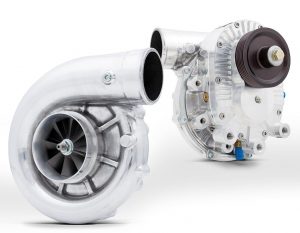 Superchargers were developed to contend with vehicles that couldn’t generate enough power by drawing in atmospheric air pressure. Turbochargers were another suitable answer to this issue. They are similar to superchargers in some ways but they also differ in others.

The attraction of a supercharger isn’t that difficult to understand. It is designed to give your vehicle more power. You can find these devices in planes. They use superchargers to fly at higher altitudes. Even with the scarcity of oxygen at these high altitudes, a supercharger prevents an aircraft from losing engine performance. They are just as useful to cars and trucks.

They will increase your horsepower, allowing an ordinary vehicle to act like it has a more powerful engine.

What is a Supercharger?

However, rather than the crankshaft, it is driven by an exhaust gas turbine. This difference is very important. As a result of its design, a turbocharger is seemingly superior because it uses the engine’s waste energy to operate whereas a supercharger relies on the engine’s power. However, a supercharger is still an attractive tool that can make all the difference to your truck.

Why Use a Supercharger?

Superchargers have numerous advantages that will appeal to car and truck owners, for instance:

1). These devices don’t have lagging issues. When you step on the peddle of a vehicle with a turbocharger, there is a lag between the depression of the pedal and the response from the engine. This is because the turbine is driven by exhaust gases, but only after they reach a specific velocity.

These gases need a moment to reach the relevant velocity and that creates a lag. Superchargers are not burdened by this problem because their operations are directly linked to the crankshaft.

2). Superchargers are versatile with regards to the types you can acquire. While some of them perform better at a lower RPM, others are the opposite. They function best at a high RPM. This gives you more options.

3). Installation is less of a hassle where superchargers are concerned. Turbochargers have their advantages but introducing one to your car will force you to extensively modify the exhaust system. A supercharger isn’t quite as troublesome. In fact, you can just bolt it on top (or on the side) of the engine. The process is simpler, shorter, and cheaper. The same goes for maintenance.

4). Turbochargers are at a disadvantage because they are lubricated by the engine oil. They need time to cool down. This means idling the turbocharger for half a minute which is bound to cause some inconveniences. Superchargers are more straightforward. They are not associated with any special shutdown procedures.

Though, it should be noted that the devices require certain temperatures to operate optimally, which is why you have to warm them up. But this is a small issue.

As you can see, superchargers have plenty of benefits. Though, one cannot ignore the fact that they have some disadvantages that you have to keep in mind before installing one, for instance:

1). These devices use the engine’s power to operate. In other words, to generate engine power, they take engine power. This makes them far less efficient than turbochargers.

2). You cannot squeeze more power out of your engine without paying some sort of price. Because superchargers are pushing your engine beyond its typical limit, they will generate higher pressures and temperatures.

This isn’t a problem in the short term. But you ran the risk of reducing your engine’s lifespan. Of course, you can avoid this issue altogether by building an engine that is capable of withstanding these pressures and temperatures. This is as opposed to attaching a supercharger to a pre-existing engine. 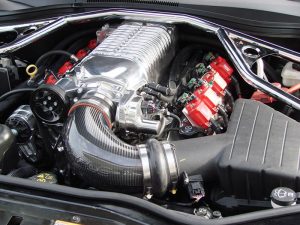 To get the best results, you have to pair your vehicle with the right supercharger. This means taking the following into account:

Superchargers are quite wide-ranging. If you have all the necessary information, it won’t take you long to identify a matching supercharger.

A supercharger will give your car more power. In other words, it will enhance the vehicle’s speed and performance. That sounds like a good thing but it has the potential to attract all kinds of trouble.

For instance, all vehicles have to meet a specific standard to be classified as ‘street legal’. They cannot exceed certain parameters where their speed and performance are concerned. It is tempting to add superchargers that were designed for racing to your ordinary street-legal car.

But the wrong superchargers might enhance your vehicle to such an extent that it fails to meet street-legal standards. You have to keep this in mind before you buy a supercharger. Make sure that your vehicle won’t exceed expected parameters once the supercharger has been installed.

On the other hand, don’t be afraid to buy superchargers for racing purposes if that is what you want.

A warranty is very important because it may reduce the cost of repairing and replacing your supercharger down the line. This is why you should only buy superchargers with a warranty. But you can’t just settle for any warranty. You need the most attractive offers, warranties that could save you thousands of dollars in the future.

Superchargers will cost you several thousand dollars. Because they are expensive, some people are tempted to buy cheaper options. However, cheap superchargers are often defective. You need to look for a product that is competitively priced and whose cost matches its features and offerings.